Over the last few years, farmer M Chenna Reddy was regularly experiencing the twin challenges of value realisation from the cash crops as also the lack of water availability for the crops. There was nothing wrong in the drill he had followed while planting the sugarcane in his fields. But he did not realise the severity of the problem being caused due to the shortage of water.

Sugarcane has always been known to be a water intensive crop and, with every passing year, Chenna Reddy was finding it increasingly difficult to manage the water requirements for the plants. The only saving grace for him was that his crop of groundnuts was not facing as much of a problem. 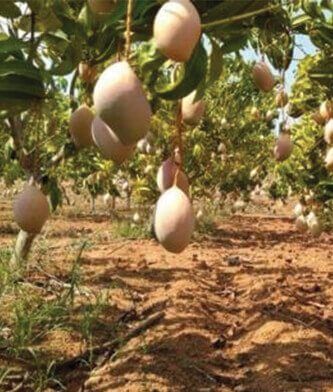 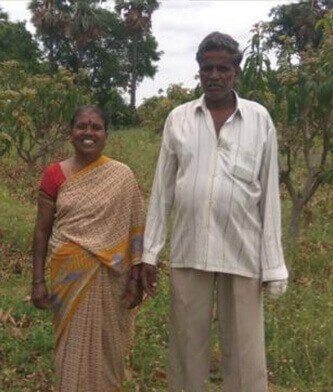 As he scratched his head to find a solution to the vexing problem, help almost seemed to walk his way. A person from Jain Irrigation, a partner of Hindustan Coca-Cola Beverages (HCCB) for the sustainable agriculture program - Unnati mango - was visiting the area. He was in conversation with farmers on a new plantation technique that could have more trees and more fruit in the same land acreage that they owned.

It sounded too good to be true. So, Chenna Reddy evinced interest in a couple of ‘mobile classes’ on the Unnati bus that was also visiting the area. Inside the bus that had been converted into a classroom, farmers were told in great detail about the Ultra High Density Plantation (UHDP) program. What had their jaws dropping, was that the results of this mango cultivation technique had been achieved in the fields, not just in the labs. Hindustan Coca-Cola Beverages has been using the mango produce grown using the UHDP technique for making Maaza and the Minute Maid range of juices.

“The classroom really helped to convince me to switch of planting Unnati mango trees,” Chenna Reddy said on the phone, speaking in his native language Telugu.

Soon, it was time for him to visit Udumalpet, the local fruit processing plant set up by Jain Irrigation. Having understood the kind of mangoes that were needed to feed the plant which produced mango pulp, Chenna Reddy was even surer of what he wanted to do.

Chenna Reddy’s first plantation of 1360 mango trees over two acres had mixed results. Some plants did not survive due to the shortage of water. But since then, Chenna Reddy has not looked back. His fields now grow both totapuri and alphonso mangoes, both which are used to make pulp that goes into the making of Maaza, the mango beverage that is loved by most of India.

Chenna Reddy does not practice the flood irrigation method for mango orchards. He instead uses drip irrigation. It has helped him address the challenge faced by the shortage of water.

Last year, the prices of mangoes had fallen. But during the summer of 2019, the output has been good and the prices have been stable. “Our income has been better this year, compared to what we earned last year,” a contented Chenna Reddy says.

A healthy output of the king of fruits, as the Indian palate knows it, was never going to let him down!