Service to humanity: A Journey Worth Pursuing 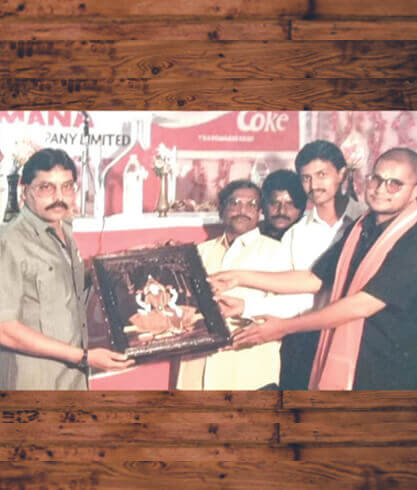 He uses the earnings from his business to contribute to the cause of humanity with humility. HCCB values its partnership with him; a legacy of more than 50 years.

What would one do if the earnings from the business grew manifold? Most would spend on improving their lifestyle or perhaps go on a shopping spree. But not Vinod Nair. He chose to improve the life of others, who are deprived of even the basic amenities. He has been selflessly involved in organising regular eye camps, sponsoring eye surgeries, and raising funds for the well-being of the poor in his society and many other community-centric programs for the local community. For him the charity is a way of life. In his own words, “I just do my bit to bring happiness in the lives of people around us.”

Sharing is the ethos that Vinod believes in. For HCCB, it’s a matter of pride to partner with a conscientious business partner like Vinod. Located at Bellampalli in Telangana his firm is one of the trusted distributors of HCCB. This is the relationship that has grown over the last 50 years. In fact, the association with his firm dates back to his father Vishwanath Nair, who migrated from Kerala to Bellampalli in 1954 for better business opportunities.Reflecting on his firm’s tryst with destiny, Vinod recounts how his father started a Coca-Cola Distribution Centre way back in the 50s. 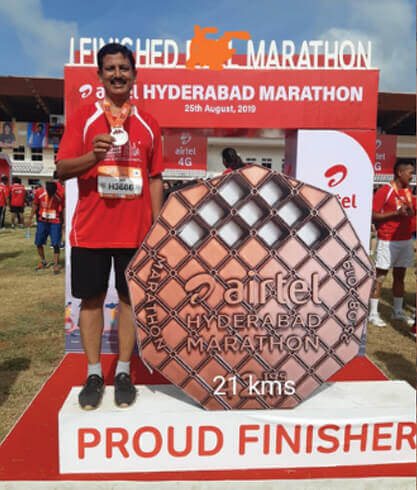 As per the family folklore, his father, while sipping his favourite Coca-Cola beverage on one of his tours from Bellampalli to Hyderabad, suddenly felt that the coal miners in the mining area of Bellampalli might love the drink. He was right. The local communities including the coal miners were overwhelmed by the taste of the beverage. Malabar Café, that Vinod’s father set up to sell Coca Cola bottles, soon became a household name in the locality.

Encouraged by the consumers’ response, Vinod’s father set up a distribution centre and named it “Malabar Enterprises” in 1967. Those days, Coca-Cola bottles would be sold at 30 paise per unit. The pricing created a revolution in the beverage sector. The coal miners were given happiness of 3 bottles for less than a rupee.

So, that was the beginning of a long and successful relationship between the Nair’s and Hindustan Coca-Cola Beverages. In the ensuing period, Vinod Nair joined his father to continue the partnership with HCCB. By 1992, new competitors emerged, and the business demanded immense creativity to cope with the competition. So, he restructured the distribution mechanisms and transformed his distribution channels. Rather than following the practice of outlets coming to distributors for purchasing products and he became the first distributor who began delivering products directly to the outlets.

Reminiscing his journey, Vinod mentions, “Coke releasing bottles at Rs.5 was the turning point for us. We struggled to manage the out-pour of demand as we sold out the entire truck of stock in about an hour and a half.”

Today, Vinod feels confident of continued relationship between his firm and HCCB. On its part, HCCB feels privileged to be associated with someone who is driven to do business for fulfilling his social commitments.