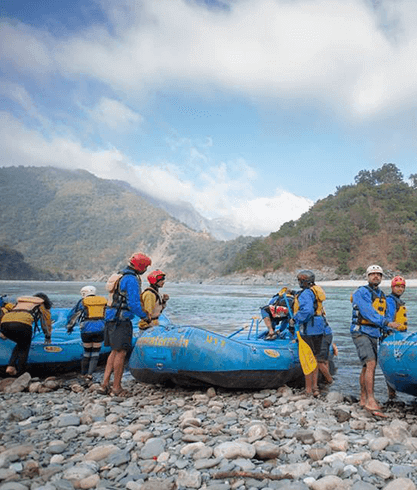 True dedication and passion is what our associates bring to work every day. And that helps us produce the beverage that India loves. The happy faces at our factories and offices are a testimony to the great environment that HCCB and its associates have created.

Our associates chase their dreams and achieve tremendous feats within and outside work, and we take great joy in providing all the necessary support and encouragement. Four of our associates from Khordha factory participated and completed "The Himalayan Adventure Challenge – 2018", a prestigious and one-of-its kind adventure sports in India.

Joydeep Roy (Khordha Factory Manager), Niranjan (Kinley line operator), Shobha (Maintenance Executive) and Ashish (Production TL) represented HCCB in the event which included mountain cycling, white water rafting and trekking (30 km) in a single day format. The event is one of the most sought after multi-discipline adventure races in the country. It also meant participants had to bring their skills, teamwork and abilities to the fore.

The associates were selected through an internal program and followed a disciplined fitness regime for more than three weeks before the event. The selected associates periodically went for warm-up sessions to a nearby hill post their regular duty hours. Additionally, a special drive was held before the event where 30 associates went on a trek. 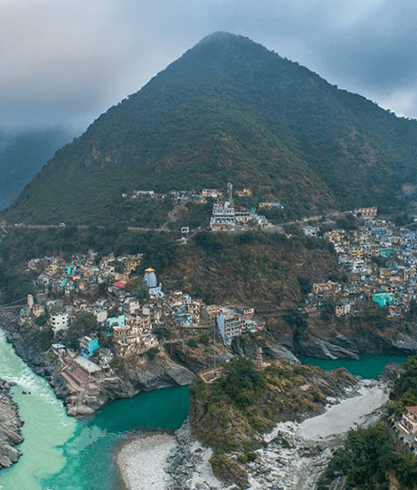 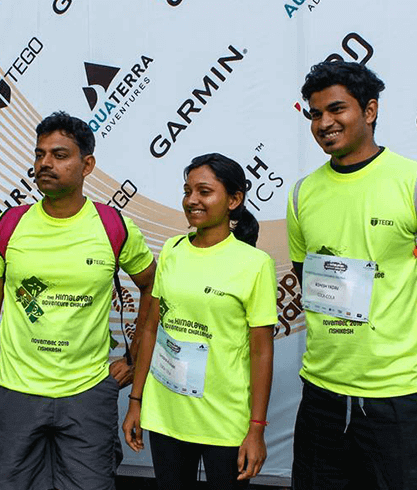 Shobha shared her experience of going to the Himalayas, staying in a tent and being part of adventure sports. She said, "It was a thrilling experience! A complete break from not-so-boring life."

The event was not just an adventure challenge but also gave the participants great life lessons to think about. "You can't succeed unless you try something new", said Ashish. "Live with pain, there is no external power that resurrects you. It's all inside us", is what Niranjan had to say.

At HCCB, we truly believe in chasing our dreams and passion!

The associates of the Hindustan Coca-Cola Beverages’ (HCCB) Aranya factory had participated in The Himalaya Adventure Challenge – 2017. It encouraged them to combine their skills, teamwork and abilities and take it to the front.

They combined trekking, mountain cycling and white water rafting over a total distance of 35 kms and the resultant ordeal is The Himalaya Adventure Challenge. Moreover, the most interesting thing is, all of these has to be completed on just one day.

Joydeep Roy, a four-time participant believes that such exhausting, yet energizing programmes should be conducted often and extended to everyone across organisations. He also shares his experiences to encourage other people. Here’s Joydeep Roy’s story from the guy himself:

Previously known as the Aquaterra challenge, The Himalyan Adventure Challenge is the new name given to the programme from this year. I have been participating in it for the last three years because I was part of the corporate team at HCCB. This year, I thought of taking my factory associates along, because such events are not typical for a manufacturing plant.

As the large number of people wanted to participate, we had organised an internal screening programme that included squats, plank, running and push up sessions. Som, Sharif and Veerenda were selected, based on their physical and mental fitness.

After the selection, we wanted to prepare the participants for the event. We wanted all the associates to be in their best shape before going into the competition and we had just two weeks’ time. However, everyone apart from me was in pretty much good shape. We still did running. Jogging and some kind of rigorous activities every day for an hour apart from our normal shift operations. Before the actual adventure began, we went on a mock trekking session to a nearby hill with 8 km hike.

Our campsite was deep inside the Rishikesh valley and we reached a day earlier so that we can get acclimatized to weather conditions. What came as a total shock was, it was 25-26 degrees Celsius in Bangalore when it was just five to six degrees at the campsite.

Our challenge covered three activities: biking, rafting and hiking. All the three had to be performed back to back and the time taken for transition from one to another was also included in total time taken by the team to complete the entire challenge. Overall ranking of the team was based on the sum of the individual scores.

Before the challenge began, we participated in rafting orientation session, as we thought it was difficult for us to control the raft with such limited knowledge of rafting and water splashing onto our faces and bodies at almost zero degrees Celsius temperature.

After rafting, we started for our 17 km hike out of which the first three to four kms were uphill, making it even more difficult. After four kms, the terrain was flat. However, the race demanded us to run, and not walk. This is where the youthfulness of Som, Sharif and Veerenda gave them an advantage over me as I was the slowest one in the group! Thankfully, the last five kms were downhill, so we managed to complete the hike in just three hours, which is not bad, at least for the amateurs like us. Later in the evening. We had a session wherein the organisers awarded us with a completion medal and certificate.

At the end of the adventure, we learnt the most important lesson: It is all about completing the race, and not competing. In the last three years, I have seen a lot of people who are not even able to complete the race. So, I am proud of the fact that my team managed to complete the entire race.

Everything was a first time for Som and Veerenda, right from taking a flight to Delhi to coming out of their known territory, which resulted in confidence boost in them. This was the main reason we started this type of programme in our factory.

We do have more adventure sports coming up. In fact, the same team has participated in the Maruti Suzuki Devils Circuit, which is a five km, 14-obstacle race. The journey will continue!