My Passion For Running Started At HCCB 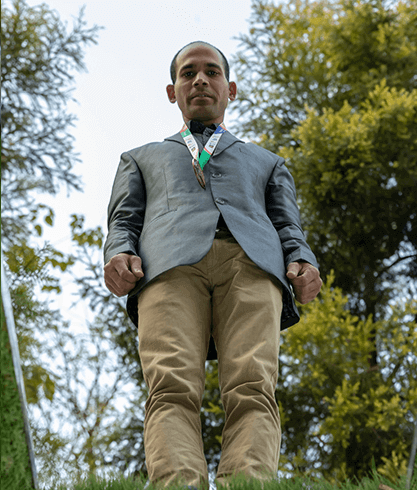 In school and college, he wasn't really a sports enthusiast. Circa 2018, Tripati Sahu, completed the TCS 10K marathon in 39 minutes and 15 seconds, and ranked 41st among the 11,563 participants who finished the race and 7th among the 2,083 runners in his age group. Another 120 HCCB employees had participated with great vigour in the marathon.

Says Tripati: "The passion for running started only after I joined HCCB, where there are many opportunities. I'm making up for the time lost," notes Tripati.

When Tripati joined HCCB in February 2016, dealing with finance was all he signed up for. Little did he know that in just a few months, he would be running marathons, along with his fitness fanatic colleagues from HCCB.

From start to finish

He was one month into the job, when Tripati received an email about the TCS Majja Run. He enrolled out of sheer interest. A perfectionist by nature, he then spent the next two and a half months running around the Coffee Board Layout, Kempapura, to get in shape.

When the big day came, Tripati enjoyed every bit of the 6 km Majja run, but this also pushed him to set new goals. While he felt happy to have completed the race, he realized that the 'Open 10k' race participants won medals and certificates. His realization helped him set newer goals for himself to be a part of the more competitive race. 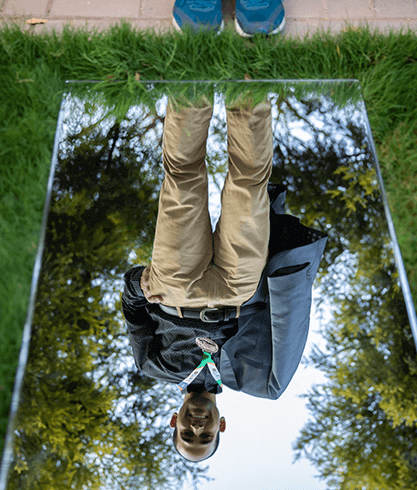 For the 10k race of 2017, Tripati started practicing with his colleagues Pankaj Payal, Arup Sinha Roy, Manish Taneja, and Joydeep Roy who together played an instrumental role in encouraging Tripati. To prepare, he enrolled himself in various marathons of the city.

In June 2016 Tripati enrolled for the Aqua Terra Challenge at Rishikesh. There were three rounds to complete to get selected – a 25-km mountain run that Tripati aced in three hours and 18 minutes, and a 25 km mountain cycling, which he completed in one hour and 15 minutes. The final day was a group event -- 25 km river rafting, which Tripati, and his teammates Pankaj Payal, Manish Taneja, and Jayanth Parsu Patel, finished in four hours, ranking them second in the finals. Tripati had grabbed the spotlight with his record timing.

After that, all he needed to do for the marathon was to be a regular at training. He completed the annual 10k marathon in 2017 in a record 42 minutes and 55 seconds. His determination to excel only motivated him to set another optimistic goal "Now that the target was achieved, I set a new one for 2018 -- the sub40 (below 40 minutes) mark in the 10k race." And he did it -- clocking 39 minutes and 15 seconds.

This year’s result is an achievement for sure, but the adrenaline junkie in him doesn't let him rest. He has already set his sight on finishing the 2019 10K marathon in 37 minutes, and the 21.1 km half marathon in 1 hour and 25 minutes.

This is really awesome and inspiring, there was a time when I was not able to run even 100mts, but recently finished 10k run in Chennai Marathon but took my own sweet time of 1Hr 40mts, this story really inspires me to set new goals for my self and finish the 10K in better timing,thanks a lot Tripati.. Keep inspiring... keep running.....