HCCB (Hindustan Coca-Cola Beverages Pvt. Ltd.) – one of India’s largest FMCG companies –celebrated this World Environment Day with its associates and the community members in Dasna and across all its other factories and warehouses. The team in Dasna came together to plant over 3000 saplings. Across HCCB’s 18 factories, a tree plantation drive of 8000+ saplings (across the week) symbolic as one for every associate in the company was facilitated.

HCCB has extensively adopted the green and clean energy usage covering more than 40% of its energy consumption in its factories through energy initiatives like solar/ wind / briquettes and CNG. Over 70% of its factories operate with 100% LED which has significantly reduced carbon emission footprint. It has also reduced waste generation by almost 20% over the last two years for every litre of beverage produced through improved operating efficiencies, new technologies and well defined segregation practices.

Raman Goel - Factory Manager, reiterated HCCB’s commitment of trying to leave things better than we inherit and said, “We at HCCB truly believe in promoting and adopting sustainable manufacturing practices at our factories.  The plantation drive along with the other initiatives undertaken in our factory is a small contribution for a better tomorrow.”

World Environment Day brings attention to a large number of issues that we as a community need to focus on. Before the advent of sustainable technology, the country has been responsible for burning up incessant amount of coal to supply affordable electricity to its 1.3 billion people, resulting in polluted air across vast stretches.

HCCB’s initiatives such as the adoption of briquettes - made out of agricultural waste like groundnuts and coconut shells - to power boilers; installation of solar rooftops, adoption of energy efficient technology and greater investments in high-speed manufacturing lines, are some other instances where the company has been committed to make a difference right where they are.

HCCB is one of India’s largest FMCG companies. It manufactures, packages and sells, some of India’s most loved beverages – Minute Maid, Maaza, SmartWater, Kinley, Thums Up, Sprite, Coca-Cola, Limca, Fanta, Georgia and several others. A network of 3,900 distributors, 250,000 farmers, 7,000 suppliers and over 2 million retail outlets, makes HCCB, an ecosystem of significant scale. It operates in 25 states in 493 districts. Through its 18 factories, HCCB manufactures and sells 55 different Contact: Priyankaa Daing pdaing@coca-cola.in +91 97172 81350 products in 9 different categories. 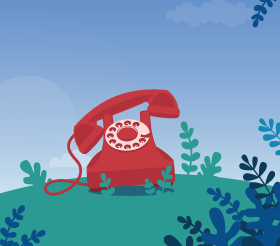